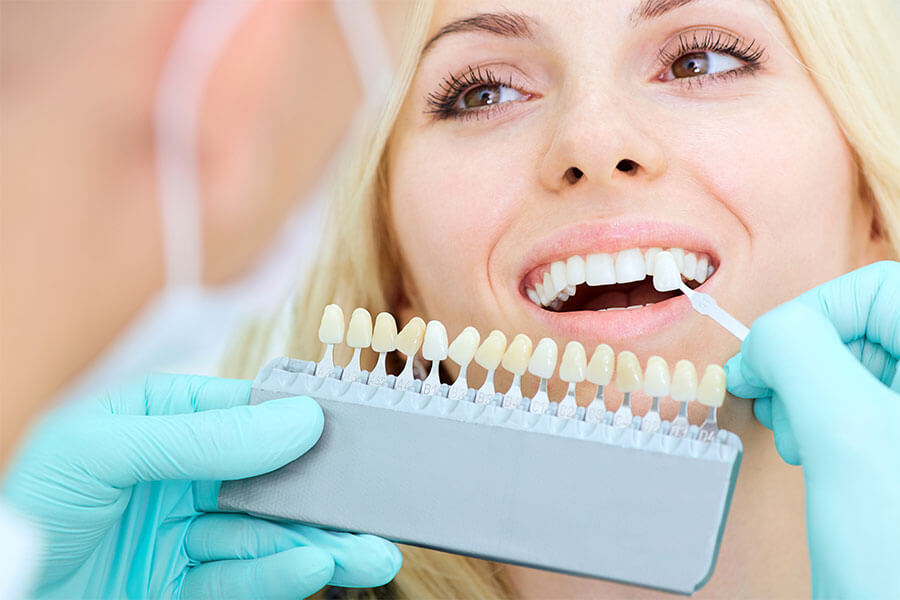 The general dental services we offer include – in addition to routine examinations, tooth cleaning, scaling and other methods of prevention – dental caries therapy.

Dental caries therapy is part of the odontology and relates to the repair of the effects caused by dental caries, traumas and various other disorders of the oral cavity. Specific treatment procedures include composite fillings (plomb) and root canal therapy (removal of infected tissue from the root canal).

Radical canal therapy refers to a treatment in which the dentist removes bacterial infection from the root of the tooth and the pulp chamber.

Why would you need root-level intervention? There are several causes for which the teeth become irritated or inflamed: deep caries, large obturations, teat traumas, tooth scarring, and even some recurring dental work.

What are the options, besides channeling, when the dentist identifies the infection inside the tooth? The first is not to act at all. However, if the bacteria are not removed, they will advance to the top of the roots and eventually reach the bone. When this happens, we only have to detect abscesses and infection. Obviously, this option is out of the calculation.

The second option is extracting or removing the tooth. If you are opting for extraction, it is good to know that the vacancy left by the intervention will cause the other teeth to “slip”, trying to cover the empty space. This repositioning of the teeth resides in mandible problems. In addition, the teeth that reposition themselves after extraction are harder to clean and thus more exposed to gum disease and caries, and ultimately we lose them.

Treatment of the root canal

Initially, a local anesthetic is used to numb the tooth, making the procedure more comfortable. Then the dentist will isolate the tooth by specific methods to keep it clean and free of saliva during the intervention.

When it numbs the place, the dentist opens the top of the tooth. With special devices, it will clean the inside of the channels by preparing them for obturation. Also use a cleaning solution to remove any remaining bacteria as well as possible tooth decay. During the procedure, radiographs are used, through which the dentist can follow the results.

The root canal filling is usually made with a gutta-percha-like material that fills the entire canal. Then the tooth closes with a temporary fill.

It should be noted that root canal therapy means treating a tooth pulp, but the treatment is complete only when the tooth returns to its functional state. To render tooth functionality, a crown or similar dental work is needed.

Following root canal therapy, you may experience some degree of discomfort that lasts for a few days. To reduce this discomfort, you can follow the dentist’s recommendation by resorting to an analgesic that is released without a prescription. In extreme cases, your dentist may prescribe an antibiotic and a prescription analgesic to eliminate any possibility of infection.

Following the root canal intervention, it is forbidden to chew the tooth that has just been repaired before it has been rebuilt in a final form, because you risk breaking it. The longer you delay the completion of the reconstruction work, the greater the risk of infection on the channels that have just been treated, in which case the procedure will have to be taken from the end.

As with any other treatment, root canal therapy is not unpredictable and complicated. It may be that during the procedure one of the teeth breaks, remaining stuck in the root canal, as there is a risk of fracture of the tooth root. At times, filling can not be done perfectly because of the root shape. Also, the dentist may not see a hidden root or an extra canal where treatment may be needed. Of course, these are the exceptions: they are not the norm.

If root canal therapy fails, you can discuss with the dentist about the alternatives, including repeat treatment or extraction of the infected tooth.

Modern working techniques and devices allow us to perform dental implant treatments in a comfortable environment for you.

Dental implants work and feel just like a natural tooth. Therefore, daily oral hygiene is very important, as well as regular visits to the dentist.

Teeths in one day

You can go home with temporary teeth on the very same day.

We bring in your experience, technology and state-of-the-art materials to ensure the highest quality dental implants.

Depending on the chosen implant, we offer you a warranty of between 10 and 30 years.